The Colosseum: a symbol of creativity, beauty and resourcefulness 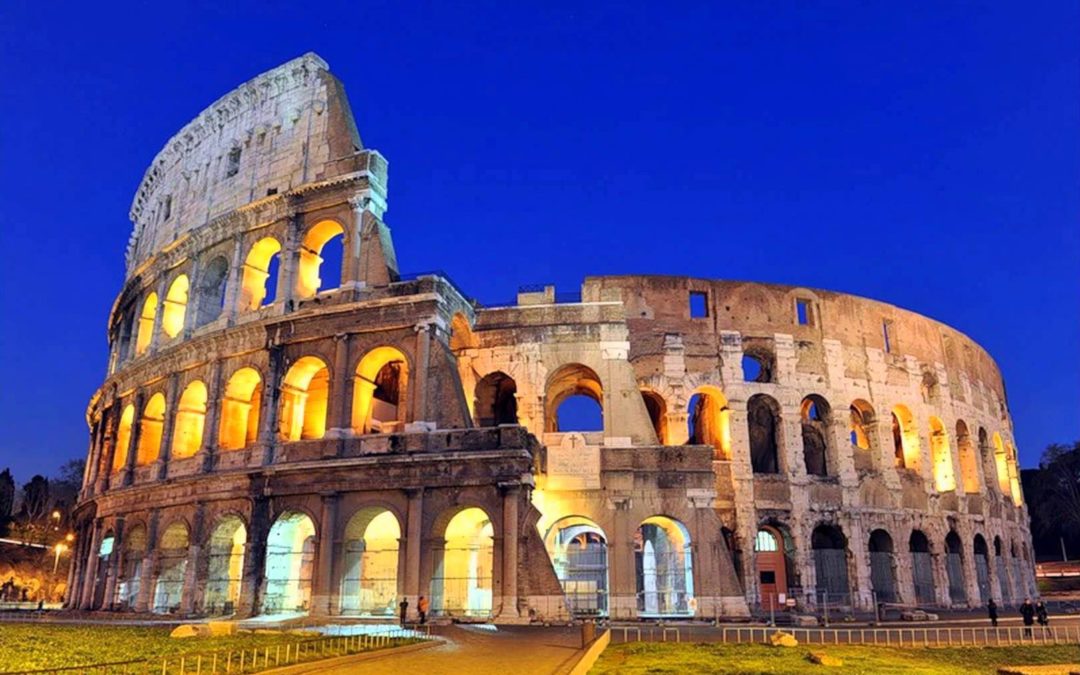 The Colosseum, also known as Flavian Amphitheatre was commissioned by Emperor Vespasian around A.D. 70-72 as a gift to the Roman people, and officially opened In A.D. 80 by Vespasian’s son Titus with 100 days of games, including gladiatorial combats and animal fights. The Colosseum was used for more than 400 years. After the fall of Rome it felt into neglect and was later used as a source of building materials by the noble families of Rome. The arena survived may earthquakes. Although most of the original Colosseum has been destroyed over time, the amphitheater still stands as an icon of the Mighty Rome and it is today one of the world’s most popular tourist attraction.

After Nero’s death, the new emperor Vespasian and his descendants, known as the Flavian dynasty, attempted to restore the Senate authority, promote public welfare and to contain the lavish lifestyle of the imperial court. In 70 A.D. Vespasian returned part of the site of that Golden Palace, Nero’s magnificent residence, to the people of Rome and he ordered that a new amphitheater would be built as a symbol of restoration of the public interest over the private extravagances of the previous emperor.

The construction of the Colosseum took nearly a decade. Titus officially inaugurated the Colosseum in A.D. 80 with a festival including 100 days of games.

The Colosseum was the largest amphitheater in the Roman world, measuring 190 by 155 meters, built as a freestanding structure made of stone and concrete. The Colosseum exterior had three stories of arched entrances. Each story contained columns of a different style, with Doric style at the bottom, Ionic style in the middle and Corinthian style at the top.

The Colosseum could seat more than 50,000 spectators, arranged according to social ranking. An efficient system of “sails” were unfurled from the top story in order to protect the audience from the hot Roman sun.

Spectators would be able to watch gladiatorial games, wild animal fights, hunts and great scale naval battles, as the Colosseum was also capable of being flooded with water.

After a few centuries of splendor and active use the Colosseum was abandoned completely, and used as a quarry. Its marbles and building materials still live in world famous building projects like St. Peter and St. John Lateran cathedrals, and many other important Roman buildings and residences.

From the 18th century, the Colosseum was converted into a sacred Christian site, by the latest popes.

The Colosseum still stands today as a world heritage after nearly 2000 years of history, and is visited by millions every year. It is a remain of the Mighty Rome and it is today a symbol of creativity, beauty and resourcefulness for all modern civilisations.