Sinalco introduces you to the art of drinking tea in Azerbaijan 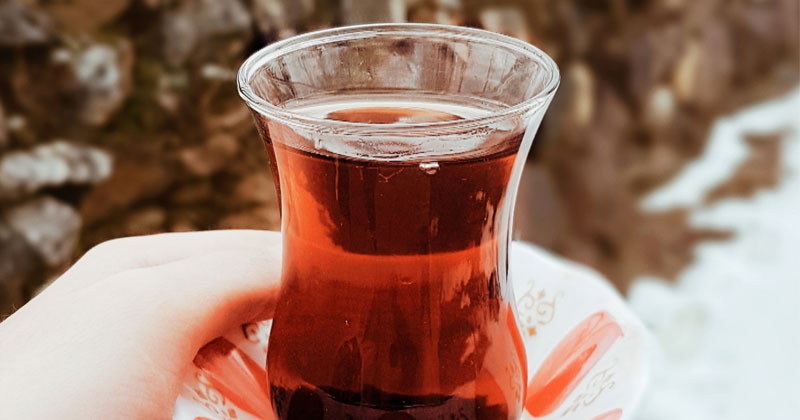 Drinking tea has a very special place in the Azeri culture. Tea ceremonies in Azerbaijan elevated the simple act of having tea to something very unique and almost sacred. If you ever visited Azerbaijan or are planning to visit, it’s almost impossible that you may have missed or will be missing a traditional black tea with some welcoming Azeri people.

Every traditional meal in the country, especially when guests are present, is preceded by the serving of tea, which may be accompanied by dried fruit, dates, figs and other sweets. Tea may also be spiced with different flavours.

Drinking tea is a good occasion to warm up the conversation and to offer a comfortable atmosphere to the guests.
Generally Azeri people don’t put sugar in their tea, but they rather dunk a little cube first in the drink, then take a bite of it and finally they drink their tea. Some story tells that this use, dating back to medieval times, was created to prevent poisoning. Rulers of that time believed that dunking sugar first in the tea would help them find out if there was poison in the drink as it was common idea that the sugar would react to the poison and show if there was any in the cup. 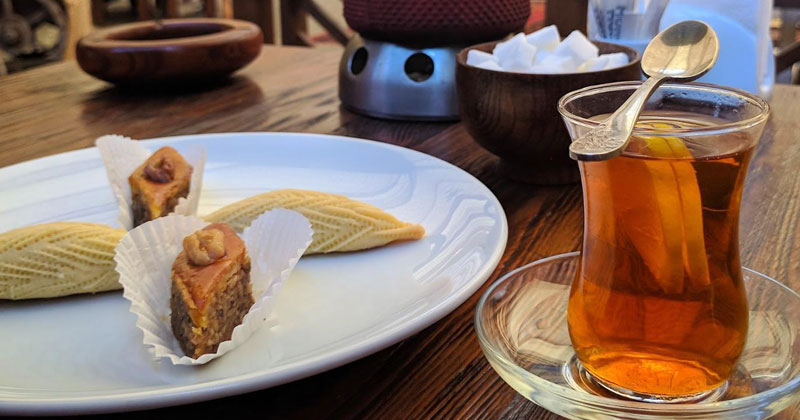 Drinking tea is somehow sacred in Azerbaijan. Tradition commands that no guest may be received properly and in the right way if the host is not able offer a friendly cup of tea.
Hosts are in fact expected to offer tea to every visitor, that’s why tea must be abundantly present in every respectable house.

Tea ceremonies are deeply rooted in the local culture, with a very coded protocol of specific rules that must be observed with precision. Tea is served continuously in pear-shaped crystal glasses or cups.
It is also a good use to serve tea during a business meeting or important conversations.
Armudu or Boghmali is a type of glass used for drinking tea in Azerbaijan, which, as said before, resembles a pear in its shape, and it was develop to keep the drink warm and at the same time preventing the drinkers from hurting their fingers.

The Samovar, the fascinating tea container, is widely used in Azerbaijan, even thought you may think it is something that belongs to the Russian culture. Evidence from archaeological discoveries suggest instead that it was Azerbaijani people that invented it long before it was used in Russia.

Next time you visit Azerbaijan or you come for a business trip to meet your representative from Sinalco offices, don’t miss a good cup of “Çay” (as tea is referred to locally) and possibly visit a tea house. There is no specific time in the day to drink a good Azeri tea, but Azerbaijan is definitely full of traditional tea house where you can have a taste of this warm and welcoming drink.