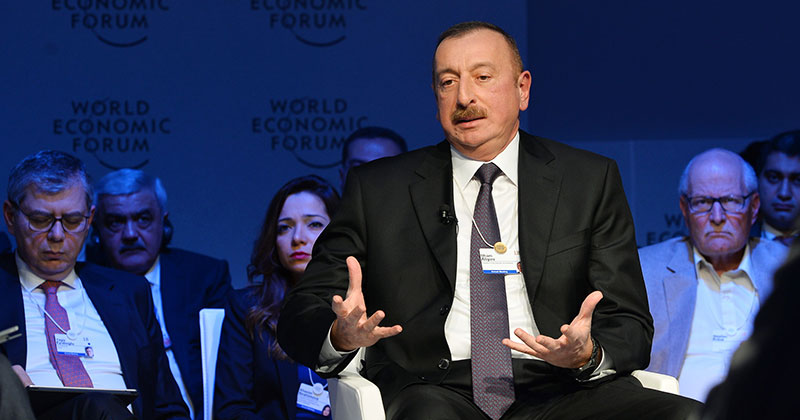 On 2 May 2019, Ilham Aliyev (President of the Republic of Azerbaijan) officially opened the 5th World Forum (Baku, 2-3 May 2019) with a talk on Building Dialogue into Action Against Discrimination, Inequality and Violence.

President Aliyev talked about the role of Azerbaijan, and its centuries old history of tolerance and cooperation toward other religions and traditions, and its throughout respect for other cultures.

Only in the spirit of partnership and mutual respect, nations can achieve success, he said.

Azerbaijan recognised rapid growth, he said, has been driven partly due to its geographical position, and also from the solidarity that the Azerbaijani society has always demonstrated.

The President talked about the history of Azerbaijan, which is built on appreciation of diversity and cultural dialogue.

Multiculturalism is, for President Aliyev, the way to live.

He remembered how 2016 was declared the “Year of Multiculturalism” in Azerbaijan. This was a symbolic step demonstrating openness to the world.

The aim of multiculturalism, as from Azerbaijani policy, is heavily promoted internationally by the country government, as a mean of representing the historic values of the Azerbaijani people.

The President also remarked the importance to attract international attention on key issues, such as partnership, solidarity and cooperation, that are the principles for building bridges between countries.

Azerbaijan has also promoted cooperation between religions, by organising the Baku Process, an instrument of dialogue between Europe and the Islamic world. This has provided a great opportunity of cooperation and was also supported by the UN.

Cultural Dialogue is useful to elaborate new ideas, in the intention of Azerbaijan, for mutual understanding between Europe and Asia.
Azerbaijan, as a relatively independent country, can play a major role, as connection between these two realities, Presided Aliyev said.

The President has also talked about the political situation in the Caspian Region.

Mr Aliyev then discussed how Azerbaijan plays nowadays as an active member and strategic partner toward many countries.

Strengthening partnership for mutual benefit internationally is the agenda of Azerbaijan. This is to be implemented alongside energy projects and energy security.

He then concluded with a message of hope for a broad format of renewed international cooperation, with Azerbaijan as a transit country not only geographically, but also culturally. He expressed gratitude to all the Forum partners, with the wish that those who make decisions for their countries would welcome the suggestions shared by Azerbaijan.