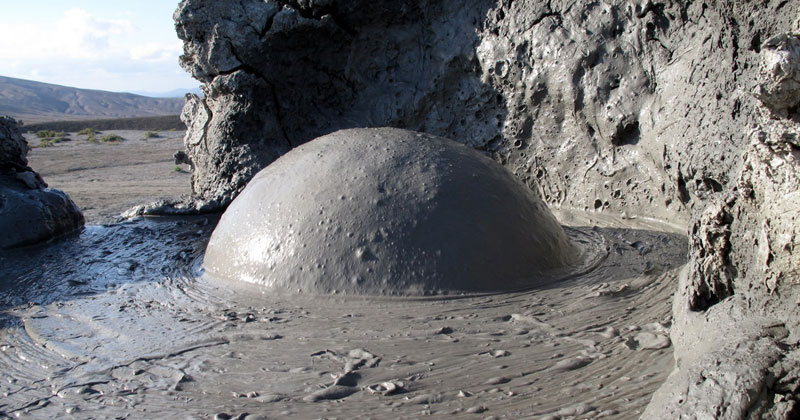 Mud volcanoes of Azerbaijan are very special and very unique. There are over 400 volcanoes in the country, and this is the largest number of volcanoes found in a single region.

It is estimated that one third of the volcanoes of the world are located in Azerbaijan.

Mud volcanoes of Azerbaijan are not just beautiful and fascinating but are also a resource. They are associated with gas and oil. Resulting materials from volcanoes eruptions such as lava, muds and liquids are used in industry as raw materials.

These volcanoes are in fact closely related with hydrocarbon and petrochemical stores underground.

Gases are always trying to escape to the surface, and some of them are on constantly on fire. That’s why it is believed that Zoroastrian cult was born here in the volcanoes area, in connection with the perpetual flames erupting from the earth. 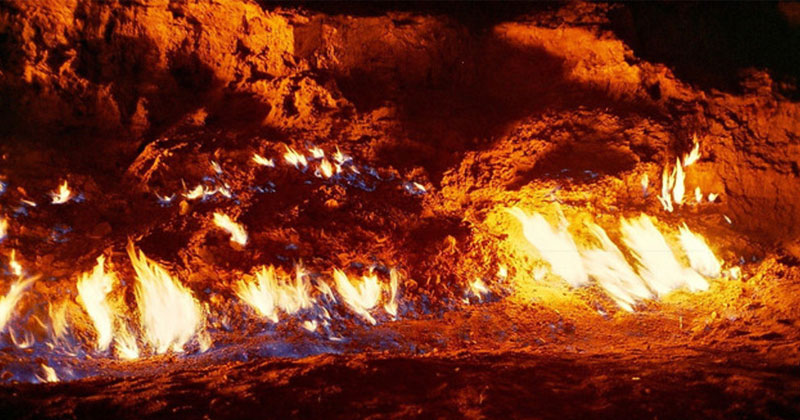 Azerbaijani people refer traditionally to the mud volcanoes with the local name of bozdag which means “gray monuntains”.

Surprisingly, as these type of volcanoes are made of mud instead of lava, their temperature is not hot but actually rather freezing. They never grow in size, unlike regular volcanoes we refer to in our common knowledge.

A few years ago, a 12,000-hectare State Nature Reserve was founded on the Absheron Peninsula near the capital Baku in order to preserve these natural wonders.

Mud volcanoes are sometimes suitable for bathing and they have proved to be been beneficial for the skin, even though not every pull is skin-friendly due to high levels of radioactivity found in some of them.

The mud volcanoes located in Gobustan National Park sights attract thousands of tourists every year and, in 2007, the reserve was included in the UNESCO World Heritage Sites list. 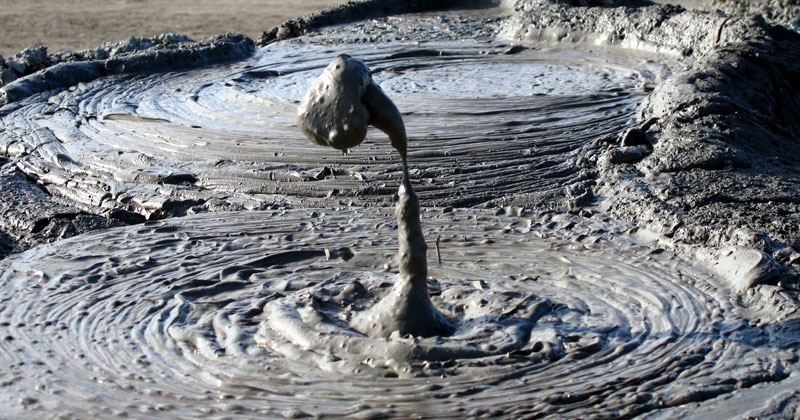