Fun and creativity at Redbull Soapbox Race 2016 in Baku 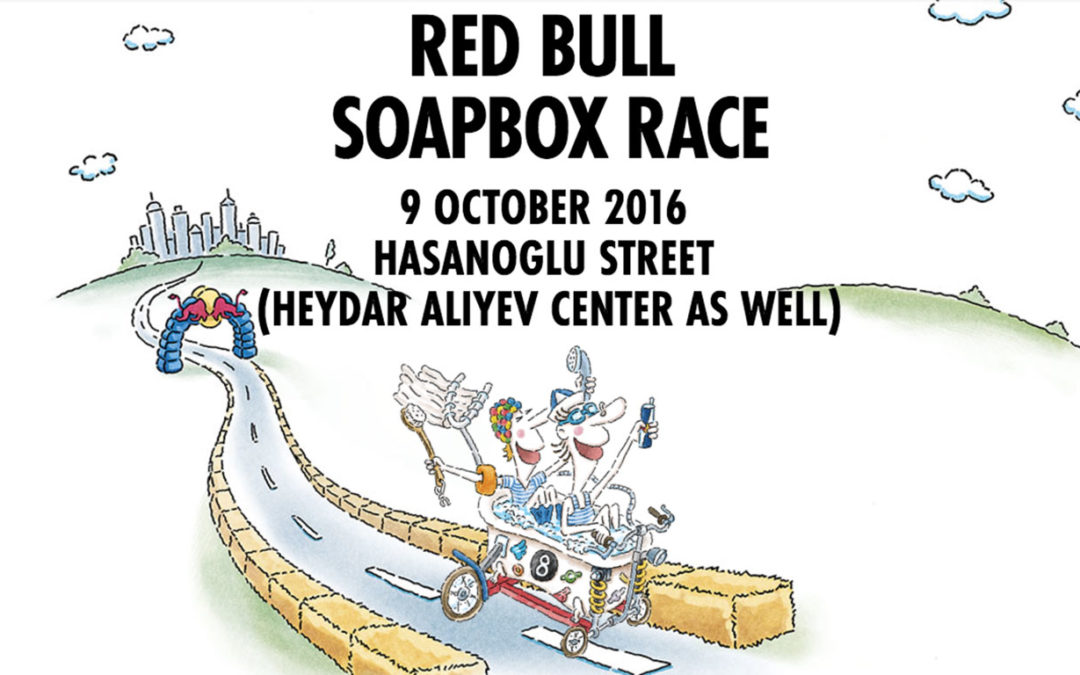 This is indeed a festival of fun and real creativity. The Red Bull soapbox Race is an international event running since year 2000 with hundreds of races organised worldwide.

Players follow a simple rule: creativity and craziness. They have fun building their own soapbox and drive their engine-less creation from the top of a hill to the very bottom, only aided by gravity, sometimes with spectacular crashes while all people cheer.

Speed is one of the pillars of the race but the jury will also consider creativity and showmanship. To be the winner the team must be good at aerodynamics and art. At the same time you must be super-confident in running the “show”.

Azerbaijan was 2016 hosting country and many Baku racers have taken part in the race. They have been participating in many previous editions and they couldn’t wait to take their creations out of a garage just around the corner.

The world’s favorite festival of crashes and creativity determined the winners among more than 60 creative teams:

This unique racing event was held with the support of the Heydar Aliyev Center and the Azerbaijan Automobile Federation.