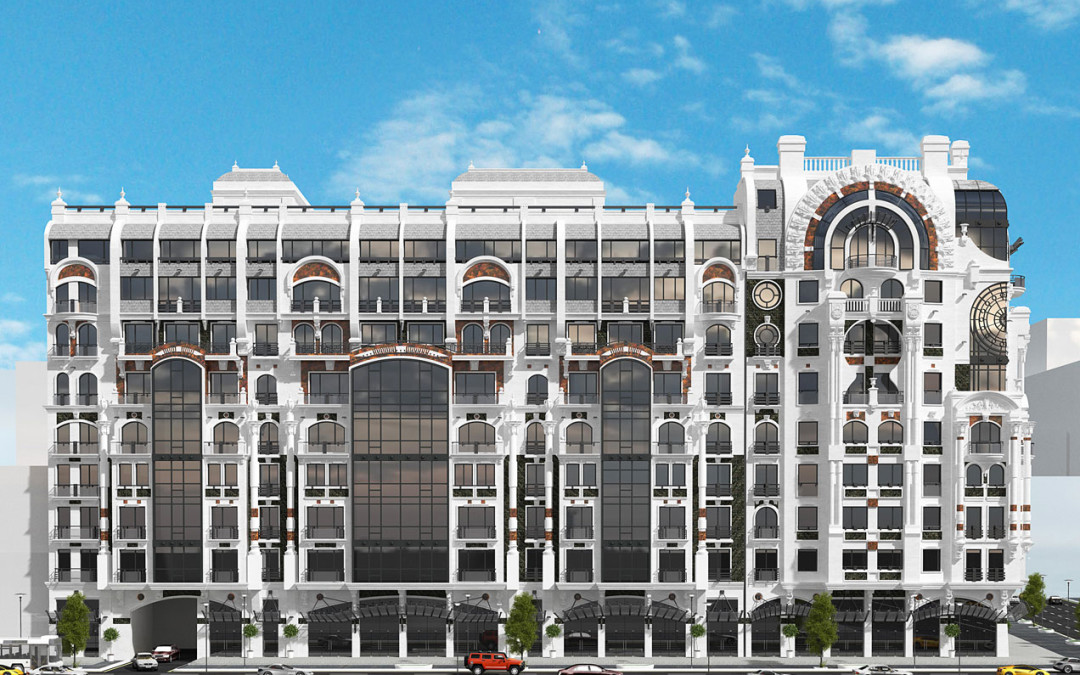 It is about to be completed the elegant apartment complex in the center of Baku Azerbaijan whose facade was made entirely with white Carrara marble. The building is a typical example of the new Azerbaijani architecture that is inspired by the classic European taste in Baku buildings from the beginning of the ‘900, with a contemporary reworking.

Sinalco has provided advice and logistical services for the construction of the facade and the decorations, from the inspection of the large block of marble bought directly in the quarry, from which the materials were obtained, through to the supervision of the work performed by master craftsmen in Italy, and during the transportation in Azerbaijan.

All the design components and marble decorations were entirely made in Italy by BDS Marble, Sinalco’s partner for the Azerbaijani market and the Middle East. The items were shipped to Baku where they were assembled and placed on the facade with meticulous precision.

The exclusive residential building will be completed during the year.

Go to the Project