The tower of Pisa (The leaning tower) – Pisa, Italy 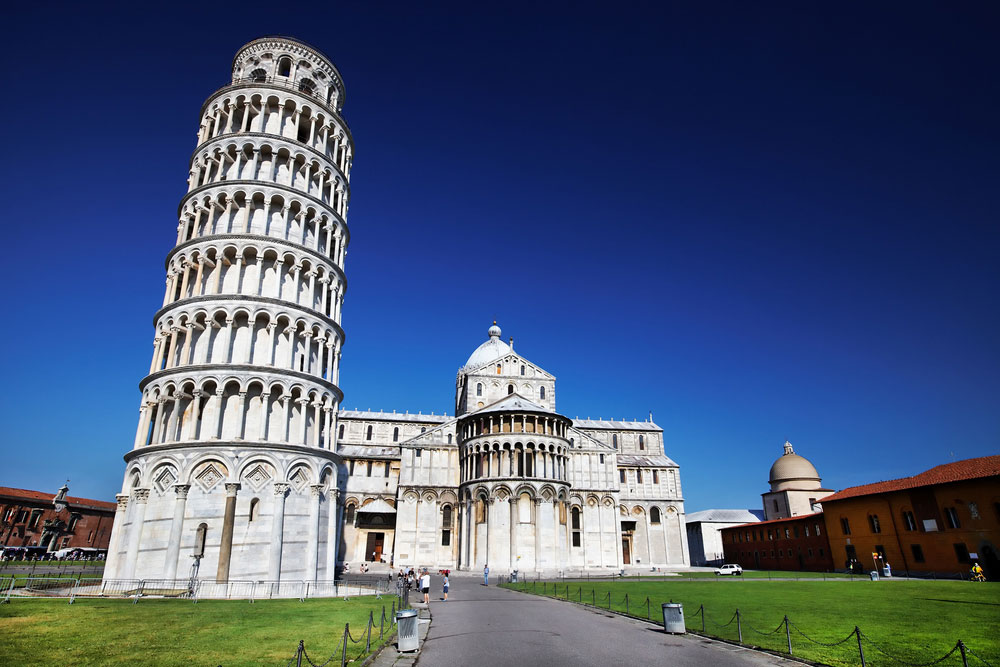 The leaning tower of Pisa, known commonly as the Leaning Tower is the bell tower of the Cathedral of St. Mary of the Annunciation, famous worldwide for its characteristic slope, and is one of the best known symbols of Italy.

The tower is about 56 meters and was built between the twelfth and fourteenth centuries. The monument has six floors of arcaded loggias.

The soil in soft clay, although it was left to settle to grant solid foundations for the building for over a year, is the cause of the softness of the base of the tower, which led to the famous tilt. The type of soil has also influenced other buildings in the square but definitely to a lesser extent then the tower.

Work began in August 9, 1173 and were interrupted after the construction of the first 3 levels to be resumed in 1275 when the builders added another 3 floors to the previous construction. The latest 3 levels tend to curl in the opposite direction as the slope of the tower in an attempt to straighten the slope that was already evident in the early stages of the construction.

There were major renovations in 1800 and others renovations have succeeded to secure the structure. Water pockets, promptly sucked, were discovered underneath the tower. Water was certainly undermining the stability of the monument. Recent renovations have also found that there was no intention to create the slope and that this was only due to the instability of the ground. the last restoration lasted 20 years and ended in 2011.

Today the Leaning Tower of Pisa is a tourist attraction of great artistic and architectural importance, and it continues to fascinate and to attract visitors and art lovers from all over the world mmnectn.