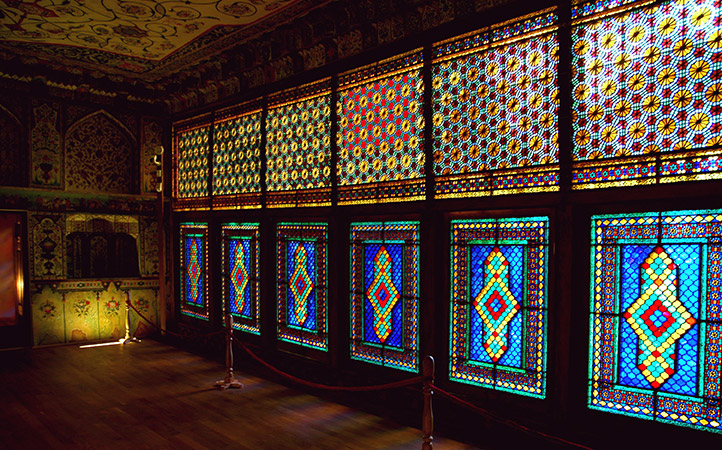 Shaki is one of the most ancient cities of Azerbaijan and its history has been shaped by a relevant position as central market on the Silk Road.

The city features the Country’s most precious architectural heritage. Many public places and private houses in Shaki are decorated with “shebeke” (national mosaic), a wooden lattice of pieces of coloured glass, held together without glue or a single nail. The very secret and complex technique is known only to a few experienced artisans who pass their art from generation to generation.

According to the Azerbaijani historians, the name of the town goes back to the ethnonym of the Sakas, who populated the territory of modern-day Azerbaijan in the 7th century BC and settled there for many centuries.

Shaki is famous for the 18th century Khan’s Palace.
The Palace was built in 1762 by Hussein khan who was also an fine and well known poet under his pen-name Mushtag. The two-storied building is decorated with magnificent frescos and marvellous stained glass works, known as “shebeke”. 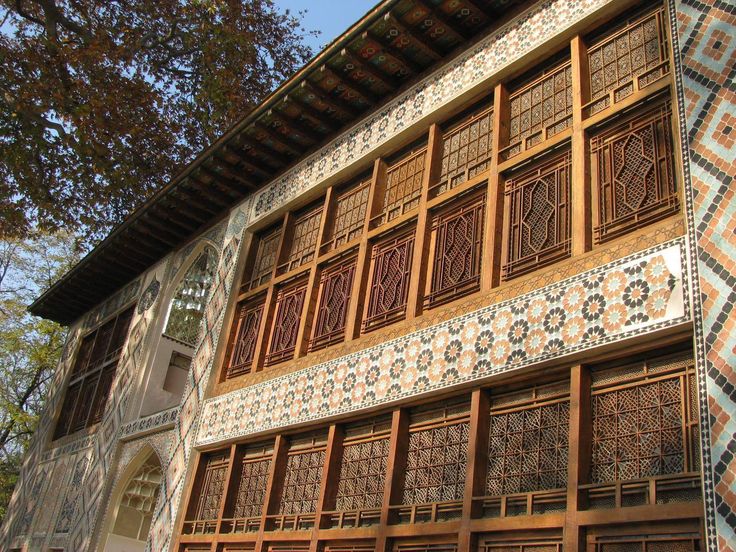 Measuring thirty-two meters by eight and a half meters on the exterior, the palace is a two-story brick masonry structure elongated on the north-south axis. The layout of both floors is identical; three rectangular rooms are placed in a row, with narrow access to the rooms.

The summer residence is renowned for the exquisite decorations. Floral and geometrical motives run all over the external façades. Eighteenth century’s frescos provide a stunning decorative consistency for the interior walls of the residence. Many of the frescoes feature flowers in vases, while a series of paintings on the first floor halls show hunting and battle scenes.

Frescoes were executed by famous artists like Ali Kuli, Kurban Kuli and Mizra Jafar from Shemaha, Usta Gambar from Shusha. According to records the artist Abbas Kuli, is considered to be the architect of the summer residence.

A rare example of combining the national and palace architecture traditions, Khan’s Palace coloured glass for shebeke was brought directly from Venice.

At that time Azerbaijan (Safavids) had strong commercial relations with Venice. The Venetian Republic provided the traditional Murano glasses in exchange from the precious silk from Shaki. Murano glasses, which cast puddles of coloured light when the sun streams through, was used to create the astonishing “shabaka” of the Palace.

The Palace which was at that time a summer residence of Shaki Khans, still remains one of the most visible landmarks of Shaki and a gift from the Azerbaijani culture to the world.

The Turkish poet Nazim Hikmet wrote: “If there will be no other building in Azerbaijan it will be enough to show Khan Palace to the world”.