The Educational System in Azerbaijan 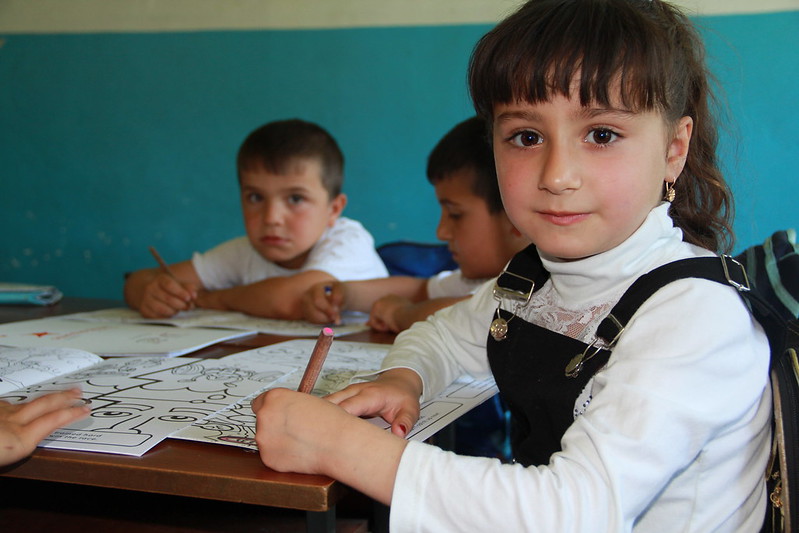 Azerbaijan has set high standards for itself in education.

The educational system of Azerbaijan is operated by the Ministry of Education.
The enrolment is comprised of 11 grades of compulsory education.

Within Azerbaijan, school systems are found in grades 1 through 4 of the primary classes and grades 5 through 9 of the main classes.

The majority of the fees of compulsory education are covered by the government.

The Country is considered a fast-growing international hub for culture and education. This was also due to an improvement in Azerbaijan’s financial stability in recent years.
Azerbaijan has been through a constant and systematic renovation of its Educational infrastructures, and more than 3500 schools have been established recently.

After independence in 1991 from the former Soviet Union, the Russian language was removed by the Azerbaijani educational curriculum. But Russian is still commonly used in urban areas like the Capital Baku by the upper class and cultured people.

Azerbaijan is proud of meeting the modern educational standards by allocating almost $600M to schools in 2021 alone.

Special care was devoted toward improving Azerbaijani textbooks and the curricula used in Azerbaijani schools, following the World Bank’s Education Reform Project, which started in 1999.

The Azerbaijan Higher education system was also included in the Bologna system in 2004.

There are also 38 state-run and 11 private universities in Azerbaijan, and about 5,000 foreign students study in the Country today.

Image by: Save the Dream