The delicious Pilaf of Azerbaijan 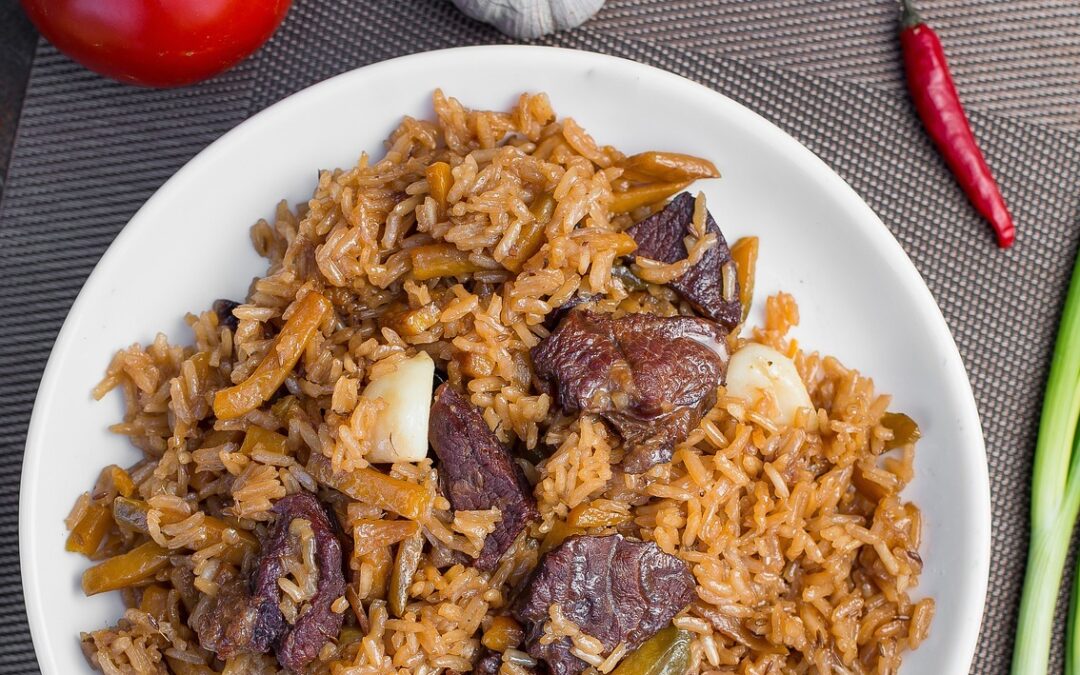 Pilaf is a traditional rice dish of Azerbaijan. Pilaf is usually made of rice or wheat with meat or vegetables cooked in broth and accompanied by local spices.

It is a very appreciated dish not just in Azerbaijan but in the whole Region, and its tradition stretches all across Asia, Eastern Europe, and some African countries.

The most popular Pilaf is the Shakh Pilaf, featured as a medieval crown from which it derives its name, and its the most appreciated dish in traditional ceremonies in Azerbaijan.

Pilaf is reported to have been introduced during the Abbasid Caliphate, from the line of succession of Prophet Muhammad. Its origins may, however, be traced back a long time before its official introduction as the dish we know today.

Some people use basmati rice, while others prefer long-grain rice. The rice is rinsed thoroughly before use to remove the starch.
Pilaf can be cooked in water or broth. It commonly includes fried onions and aromatic spices such as cardamom, bay leaf, and cinnamon.

Cooking methods may vary from Region to Region, but the truly remarkable fact is that in Azerbaijan, there are at least 40-50 Pilaf variations, depending on the type of spices and dried fruit used as well as on the types of meat and vegetables.

Pilaf is superb as a side dish for meat, poultry, and vegetables.

Pilaf is definitely the national dish of Azerbaijan, and in you’ll happen to be invited as a guest to an Azeri home, the dining table may not be without Pilaf.

If you plan to meet a representative of Sinalco Group in Baku, you may expect to be invited to a traditional restaurant where you will be able to enjoy this delicious dish, together with other astonishing local specialties.