The Ancient Novruz Festival in Azerbaijan 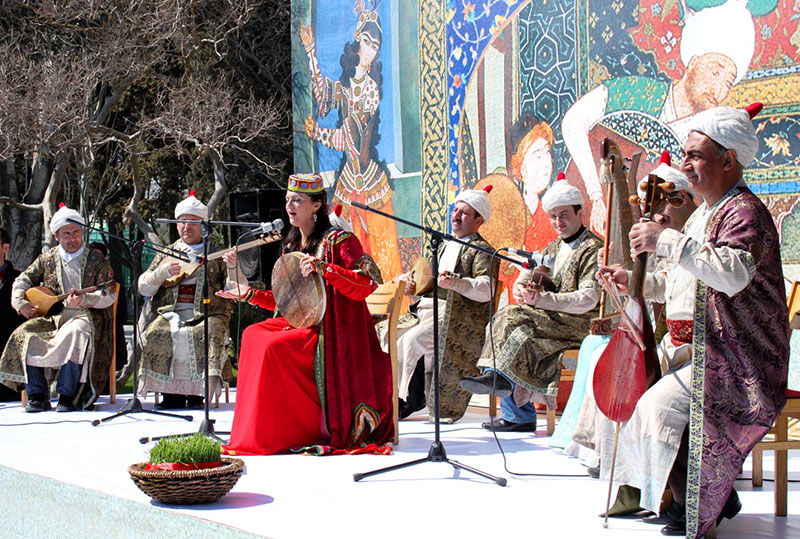 Novruz is a traditional holiday, which celebrates the New Year, and the coming of Spring in Azerbaijan. Novruz is treated as an official public holiday, with 5 days off for every worker in Azerbaijan.

Novruz is a festival of spring and renewal mainly celebrated in Azerbaijan but also across Central Asia. The festival takes place every year between 20 and 22 March.

The festival has deep spiritual roots and it recalls a profound connection with nature and the elements. Novruz marks an entry into the New Year and, with this, a fresh start for everybody.
As years pass, so do everything else, especially bad things which happened in the past and are now forgotten and forgiven as the new year approaches. Azerbaijani believe in the reawakening of old relations and in the auspicious beginning of new ones during the celebrations of the New Year.

A rich cultural heritage accompanies Novruz, including grand feasts, brave rituals and a renewed sense of hope, peace and joy for the coming season.

Weddings are arranged on this auspicious date, and only auspicious actions and thoughts are allowed during the festival. Everywhere there is a feeling of joy and rebirth and Azerbaijani people decorate their houses and public spaces to welcome the New Year.

As with most major festivals in Azerbaijan, Novruz celebrations revolve around good food.
Ancient Azerbaijani believed that good food will guarantee abundance for the rest of the year and a rich table every day. 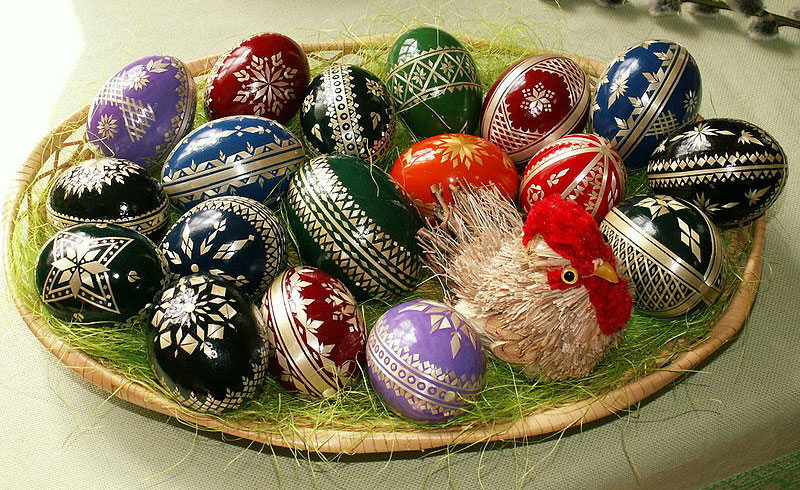 During Novruz children are gifted with sweets and they have fun painting eggs with beautiful decorations. The most popular pakhlava, a regional multi-layers crispy pastry adaptation from the Middle Eastern baklava is the king cake of the Festival, together with two Azerbaijani classics: – the shakarbura and the shor-gogal.
Azerbaijani cuisine is rich and elaborate and traditionally prepared throughout the holiday by the women of the house, who make sure that the table is fully equipped and plenty of mouth-watering dishes. 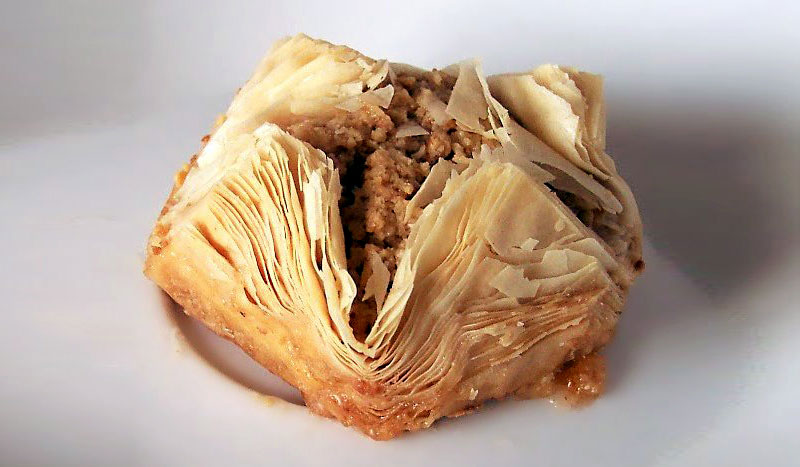 Fire-jumping is probably the most exciting part of the holiday, a tradition supposedly dating back to the ancient times of Zoroastrianism, almost 2,500 years old. The day is called akhir charshanba, when fires are lit on the streets of Azerbaijan and whole families take part in a fire-jumping. They jump over a fire for seven times in order to symbolically attain purification. During the ritual people sing songs and offer respect to the power of the fire.

The symbolism of fire is very well rooted in Azerbaijani culture. People believe that it consumes negativity and at the same times bringing forth strength and virtues. 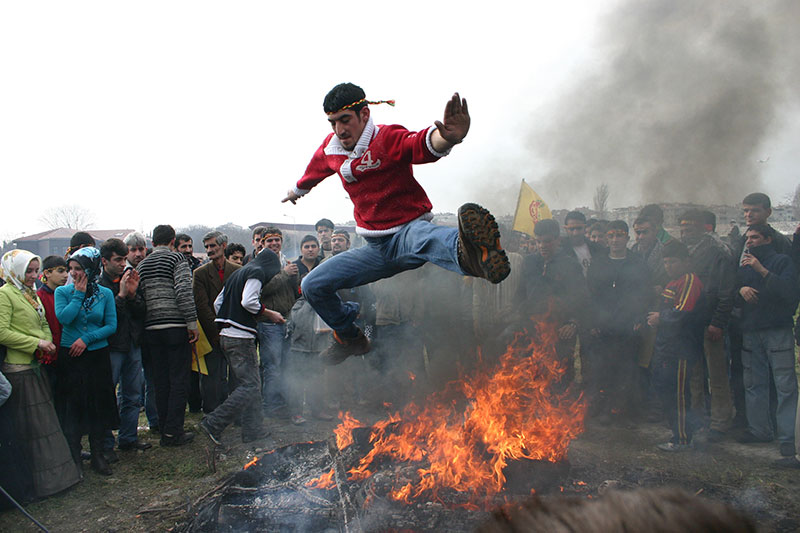 Fires lit during the festival cannot be extinguished with water as this is believed to bring bad luck, so people wait for them to die on their own and then scatter the cold ashes away from the original place, to complete the ritual.
Novruz is very important for Azerbaijani people: they can reconnect to the elements of nature through a serie of rituals performed during the days before the actual festival. They pay their respect to earth, wind, water and ultimately fire, to attract joy and good luck.

With the initiatives of Azerbaijan on 30 September 2009, Novruz was included into UNESCO’s List of the Intangible Cultural Heritage. On 23 February 2010, the United Nations declared March 21 the International Day of Novruz.

According to UNESCO: “The foundations of the traditions and rituals of Novruz reflect features of the cultural and ancient customs of the civilizations of East and West”.