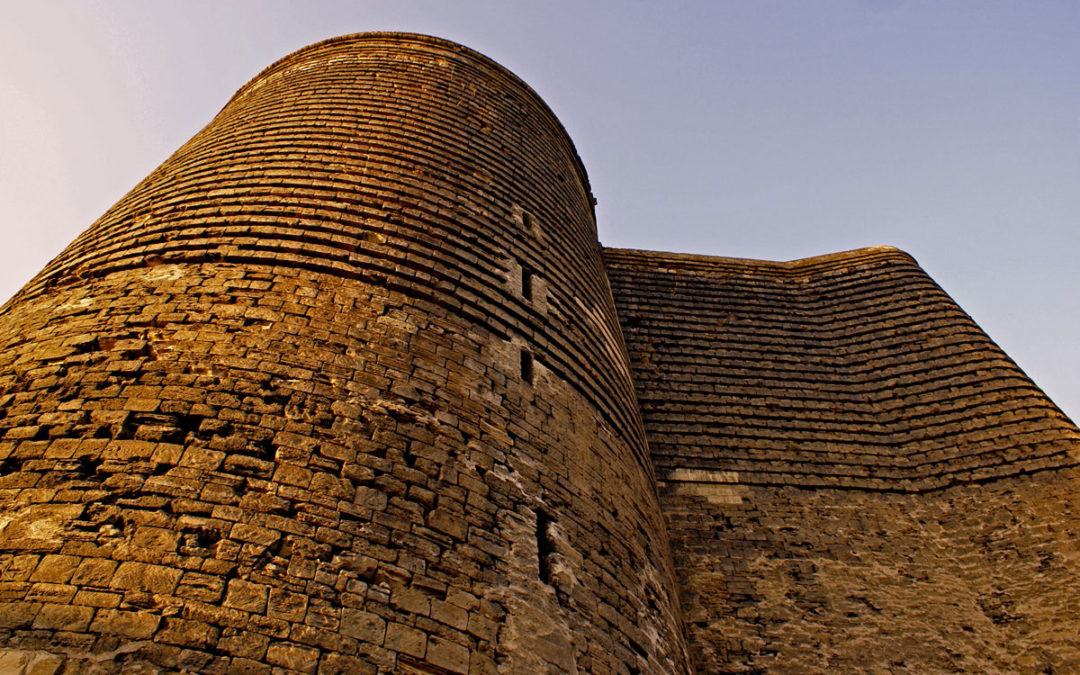 The Maiden Tower (QIZ Qalasi in Azeri language) is an ancient tower dating back to the twelfth century, situated in the Old City of Baku – Azerbaijan. The tower was part of the walls of the Old City and has witnessed the various cultures that have lived in this area.

Declared World Heritage Site in 2000 by UNESCO, along with the complex of historic monuments to which it belongs, the Tower of the Virgin is one of the most famous monuments of Azerbaijan and can be undoubtedly considered one of the main symbols of Baku.

There are many hypotheses about the origin of the name of the tower. The most reliable history is related to a girl (according to some authors, the daughter of the King of Baku) in whose honour the tower was called “The Maiden Tower”. According to legend, the girl launched herself into the sea from the top of the tower, drowning in the waters of the Caspian Sea. She had been locked up in the tower by his brother (and according to some sources from the king her father), and no longer able to endure the torment of captivity accomplished this extreme action. According to another version, the tower was formerly called “Tower of the Eye”. Later this name became “Maiden Tower” in common language.

The tower looks also very fascinating for its construction technique. The bastion is surely the result of various constructive layers that have been built over the centuries. Recent archaeological excavations have shown that the tower has solid foundations deep about 14 meters with a thickness ranging from 5 meters to the base up to 4.2 Summit. This has given rise to the hypothesis that the builders wanted to give an anti-seismic concept tower which explains its excellent preservation to this day.

Another ingenious work associated with the tower is the well. 21 meters deep and with access from the second floor, it was dedicated to the collection of rainwater and, thanks to a sophisticated system of ceramic pipes, it allowed the collection of high quality drinking water, despite its proximity to the sea.