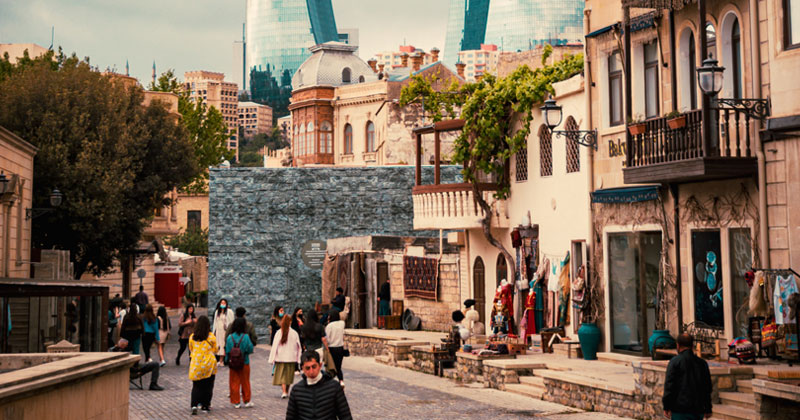 If you want to visit or do business with another country, it’s important to find out more about that place before you go.
And the richest resource of any country is undoubtedly people.

In this article, we’re going to tell you more about Azerbaijan from the perspective of people. Here is some interesting information.

A significant factor restricting population growth is a high level of migration. In 2011 Azerbaijan saw a migration of −1.14/1,000 people.

The official language is Azerbaijani, which is a Turkic language. Azerbaijani is spoken by approximately 92% of the population as a mother tongue.
Russian and Armenian (only in Nagorno-Karabakh) are also spoken.
Other languages spoken by other minorities are Avar, Budukh, Georgian, Juhuri, Khinalug, Krypts, Lezgin, Rutul, Talysh, Tat, Tsakhur, and Udi.

97% of the Azerbaijan population are Muslims. 85% of the Muslims are Shia and 15% Sunni; Azerbaijan is considered the most secular Muslim-majority country as under article 48 of its Constitution, Azerbaijan ensures religious freedom.

Religious minorities include 280,000 Christians (3.1%), a small Protestant community, and an ancient Jewish population estimated at 12,000.

Should you decide to travel to Azerbaijan or to establish a business in the country (and this is what Sinalco will help you accomplish in a smooth and professional way), make sure to interact with the local people.
Most Azeri people speak English, and better English is spoken by professionals and academics.

Meeting people will be the most enriching experience when you travel to Azerbaijan.