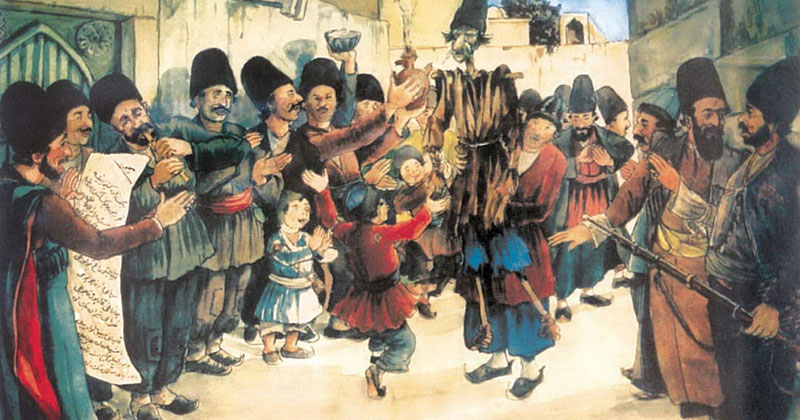 In 1200 Mongols invaded the area where modern Azerbaijan is located, killing many and creating great destruction, and the whole region fell under the rule of Ögedei Khan, who lived between 1186 and 1241, and he was the son of Genghis Khan.

Azerbaijan was then invaded by Tamerlane.
The Sunni Muslims were forced to become Shia Muslims.

War continued until the Ottoman invasion, with leaders such as Nader Shah (1688-1747) reinforcing Persian rule in the area.

After two Russo-Persian wars in the early 1800, Russia took over the Caucasus and Azerbaijan.

With Russian domination came progress and trade, and with oil, industrialization exploded in the late 19th century.

Baku, the Capital of Azerbaijan, witnessed a massive population growth reaching a population of 200.000, becoming an important international city.

It was at that time that the war between Azeri and Armenians started.

Then the Bolshevik revolution took place, and Baku found itself under Communism.
In 1918 Azeri forces took back the city, and Azerbaijan was declared independent, but in 1920 Russians reconquered Azerbaijan.
Azerbaijan became part of the Soviet Union and was hit by Stalin’s Great Purge of the 1930s.

Azerbaijan was crucial during WWII with the supply of oil and over 400,000 soldiers that allowed Stalin to win over Nazi Germany.

An economic downfall hit the country in the 1960s when Soviet Union relocated some important infrastructures, while conflict with Armenians resumed.

In 1991 Azerbaijan regain its independence and saw a relative time of growth under President Heydar Aliyev (1923-2003). Hilham Aliyev came to power after his father Heydar, and he’s the current President of Azerbaijan.

The country has witnessed massive growth in recent years, at the same time pursuing the path of becoming an international player.