First phase of the new super-luxury building in the center of Baku has been completed. 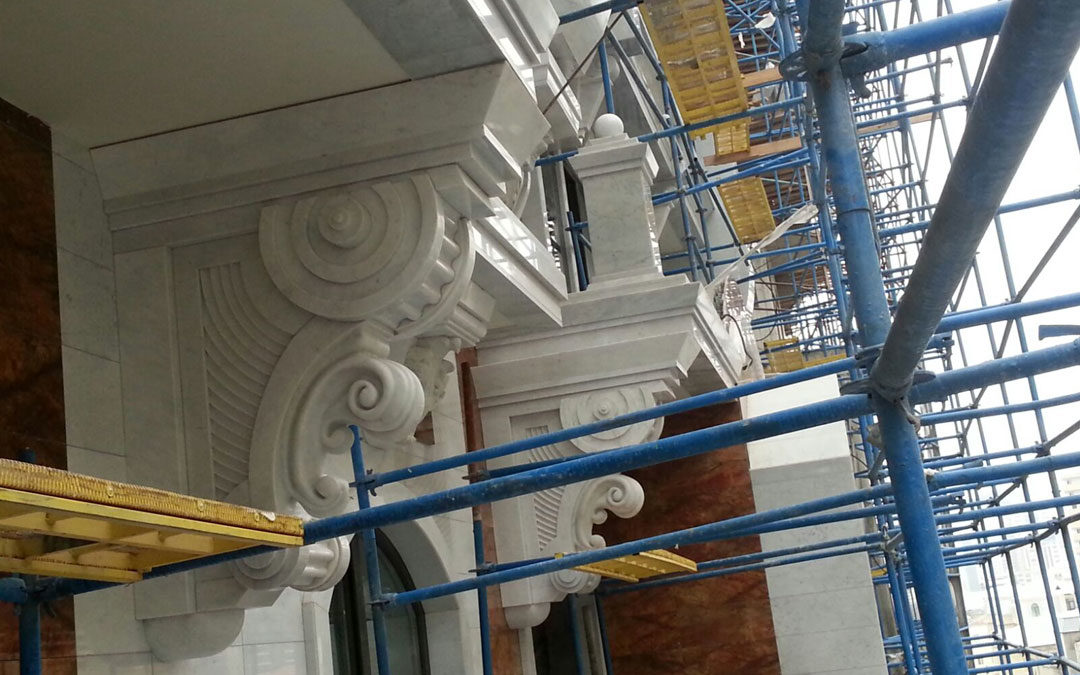 The best materials imported from Italy together with Azerbaijan’s expertise, worked well toward the completion of the first phase of the new residential building in Sahil district of Baku.

The Sahil building marks well in advance what will be the new trend in Azerbaijani architecture.

Glass and steel that has characterized the architectural boom of the early 2000 are now been replaced by classical and timeless references, where quality and hand-made decoration are a sign of a renewed way of thinking about luxury and prestige.

The residential building’s facade has been completed and is only waiting for the installation of the windows.

Sinalco has played a key role in obtaining the marble materials, imported directly from Carrara and after a long negotiation to ensure the best block of marble, directly from the quarry.

The supervision of Sinalco continued during delivery to the marble workshop in Molise, Italy, where all the elements were hand-made by local craftsmen, organized and catalogued before being packed with proper care for the transport in Azerbaijan.

These steps were followed by a dedicated Sinalco team that deals specifically with facilitating paperwork and customs clearance. This allowed faster access to resources by the final customer in Baku.

The Sahil building is already an attraction despite the work will be completed in a few months.

The combination of Italian style with the new Azerbaijani architecture concept is already winning even before the release of the work, which will be a pivotal point of cultural and stylistic reference, the Azerbaijani capital has warmly welcomed.