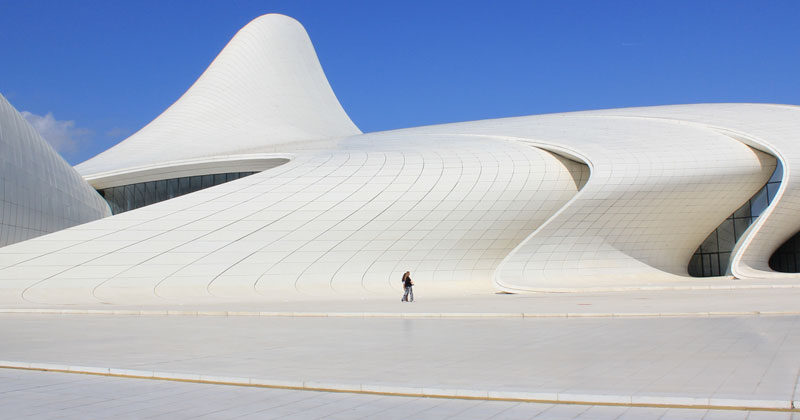 The Heydar Aliyev Center was commissioned by the Republic of Azerbaijan with an international contest in 2007 and was then opened in 2012.

The Heydar Aliyev Center is now a recognised and distinctive landmark in the city of Baku, and the Caspian Region.

The building was created by Patrick Schumacher of Zaha Hadid Architects firm, and it soon became a worldwide celebrity among the contemporary architecture buildings.

The center includes an auditorium for 1000 people, a space for temporary exhibitions and workshops, a museum and a conference hall. In 2014 the Building was named “Design of the Year” by the London Design Museum. 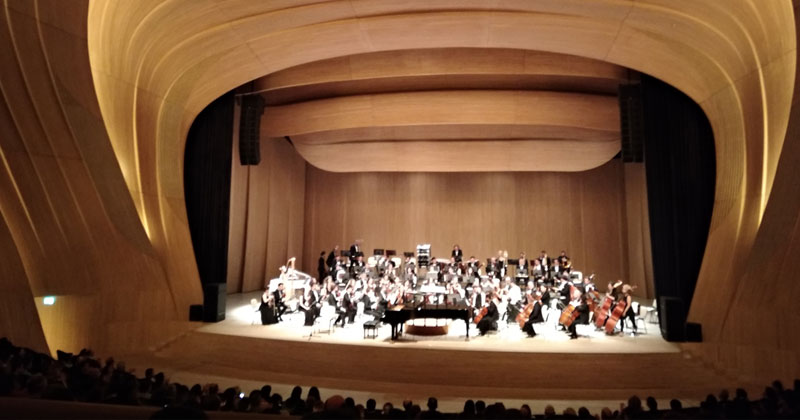 The center is named after Heydar Aliyev, first secretary of Soviet Azerbaijan from 1969 to 1982, and president of Azerbaijan Republic from October 1993 to October 2003.

Azerbaijan has been particularly good in recent years at rebranding itself as a modern nation. Architecture has played an important role in establishing a new national identity for Azerbaijani people themselves and has the nation is perceived by the rest of the world.

This iconic building establishes an organic relationship with the surrounding plaza and the rest of the city.

The most relevant function of the Center is to mark a space dedicated to the collective celebration of the traditional and contemporary Azeri culture. 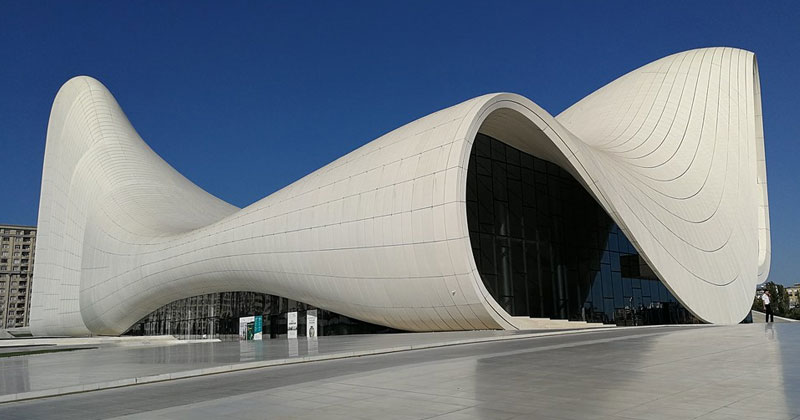 The fluctuating architecture and the folding shapes suggest a welcoming message to the visitor, while melting the concepts of interior and exterior. Contemporary architecture intuitions applied for the creation of The Heydar Aliyev Center by Zaha Hadid Architects was derived from the tradition of Azerbaijan, known to be a welcoming and inviting culture. This is partly because of the geography of the region, which is open to all directions, and partly due to the actual respect of traditions which are deeply rooted in local people.

Since its independence in 1991, Azerbaijan has massively invested in beautifying and developing Baku’s architecture as well as the country’s vital infrastructures system. This was clearly intended as a way to separate the new era of Azerbaijan from the Soviet Modernism legacy.

The Heydar Aliyev Center stands as a symbol of optimism and of openness to the world. It is already contributing and it will continue to do so, together with other outstanding architectural structures in other countries, in shaping a positive vision of the future and a feeling of common values of friendship, respect and creativity for every person on the planet. 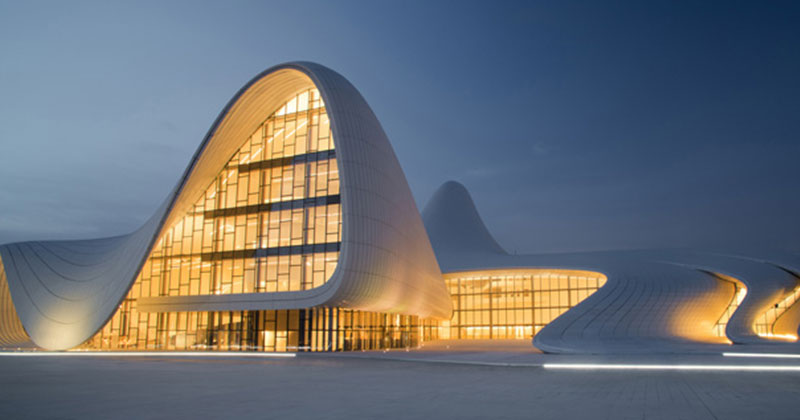